PLEASE NOTE: RAVENWOOD WAS RE-RATED IN 2016 AND THE FOLLOWING CHART IS THE NEW RATINGS.THE HANDICAP HOLES AND THE YARDAGE ARE STILL THE SAME.THE IMAGE OF THE SCORECARD HAS THE OLD RATINGS. 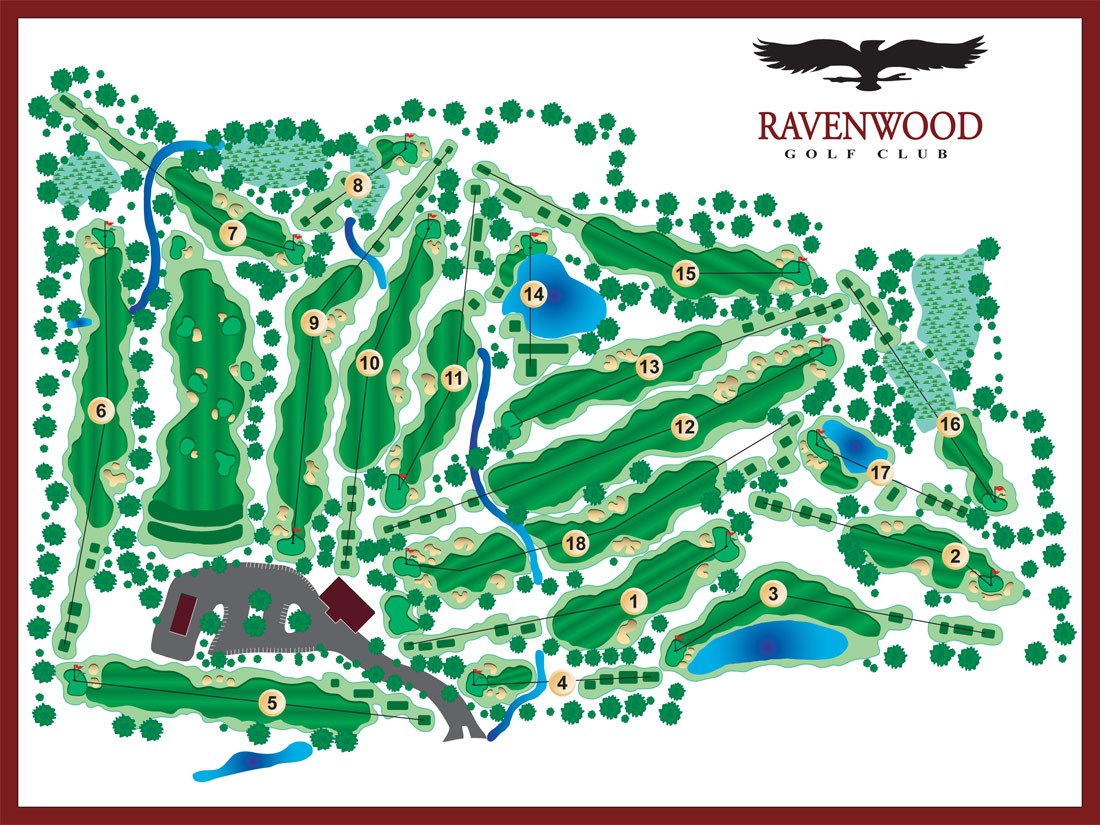